Since graduating from law school in 1977, Mr. Halebian has represented both plaintiffs and defendants in a wide range of corporate and commercial litigation, including, but not limited to, breach of contract commercial disputes, lawsuits involving works of art, insurance, banking, employee compensation and securities, investments and financial fraud.

He has tried cases and argued appeals in both the state and federal courts and, as more specifically described below, has extensive arbitration trial experience. While he continues to maintain a diverse commercial and corporate litigation practice, in the past twenty years his practice has emphasized class actions and securities fraud litigation.

In 1989, Mr. Halebian was a founding member of Wechsler Skirnick Harwood Halebian & Feffer LLP, where he specialized in securities class action and derivative litigation (1989 to 2002) and had primary responsibility for numerous large complex corporate and commercial litigations. 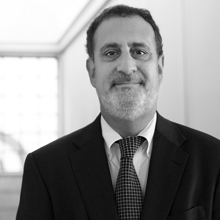