Merrick Scott Rayle is Of Counsel to Lovell Stewart Halebian Jacobson and has been affiliated with the Firm since July 2001. He has an “AV” rating from Martindale-Hubbell.

Mr. Rayle’s practice with the Firm is concentrated on the prosecution of commodity futures, antitrust, and securities manipulation Class Actions. His experience with the Firm includes cases prosecuting energy company defendants for manipulating the price of natural gas futures contracts traded on the New York Mercantile Exchange; prosecuting defendants for manipulating the price of the June 2005 ten-year Treasury note futures contract; prosecuting a complex, multinational conspiracy among the leading electronics manufacturers to fix the prices for LCD panels in the United States; prosecuting multiple real estate brokerage firms for refusing to compete on the basis of price of residential real estate commission rates in the Commonwealth of Kentucky; prosecuting potash suppliers in Canada, the United States, Russia, and Belarus for a conspiracy to restrict the supply and raising or fixing the prices for potash sold in the United States; prosecuting major record labels for conspiring to fix the prices and terms under which their music would be sold over the Internet; prosecution of a nationwide conspiracy against the producers of domestic shell eggs and egg products and their trade associations for conspiring to manipulate the supply of, and thereby fix the prices for, domestically-sold shell eggs and egg products; prosecuting the theft of intellectual property and proprietary information and violations of Sections 10(b) and 20(a) of the Exchange Act and Rule 10b-5 against the controlling shareholders of the first company to provide high-speed Internet access via cable modem; and prosecuting a conspiracy to fix prices for Cathode Ray Tubes and to allocate markets and customers for the sales of Cathode Ray Tubes in the United States.

From 1978-1987, Mr. Rayle was a Partner in the Chicago Office of Sonnenschein Carlin Nath & Rosenthal, since combined with Dentons. He has over thirty-five years’ experience in complex litigation, trials, and appeals, trying over 25 cases in the state and federal court system. He has handled Class Action cases in the federal court system in California, New York, Illinois, Iowa, Kentucky, Washington, and Pennsylvania.

Prior to joining the Firm, Mr. Rayle’s experience included advising clients in a broad range of substantive matters, including antitrust, corporate governance and shareholder disputes, state and federal appellate advocacy, constitutional law (individual rights and freedoms and First Amendment issues), the Americans with Disabilities Act, common law and business torts, breach of contract, grand jury investigations, municipal corporations, defamation, election disputes, internal corporate investigations, representation of entertainers and authors, corporate tax litigation, and pre-dispute arbitration. Mr. Rayle also successfully tried a case in the United States Tax Court in which the Tax Court ruled that a corporate taxpayer was entitled to claim substantial net operating loss carryovers from an acquired corporation, despite the Government’s claim that the principal purpose of the acquisition was the avoidance of tax.

Mr. Rayle served as a judicial law clerk to the Honorable Roy L. Stephenson of the United States Court of Appeals for the Eighth Circuit for two years. Mr. Rayle received his law degree from the Indiana University Robert H. McKinney School of Law where he was a member of Indiana Law Review. He received his Bachelor of Art’s degree from Butler University, and graduated from Culver Military Academy. 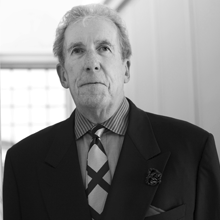