James Parry (“Jason”) Eyster, a partner at Lovell Stewart Halebian Jacobson, LLP, primarily focuses on antitrust class actions and commodities manipulation. Prior to joining the firm, Mr. Eyster served as a professor at several law schools, including Wayne State University Law School, Western Michigan University Law School, and the Peking University School of Transnational Law. His scholarship, which often concerns legal persuasion, includes numerous articles in both academic and practical law journals. In addition, he served as a long-time editor of both the Journal of Asian Business and the annual Immigration and Nationality Law Handbook. Jason is a graduate of Princeton University and Fordham Law School, where he founded and was Editor-in-Chief of the Fordham International Law Journal. He is admitted to practice in the State of Michigan. 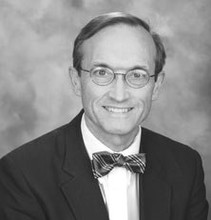