Prior to rejoining the firm in 2017, he was an assistant prosecutor in New Jersey for over five years. In that capacity, he represented the state in every phase of litigation in the prosecution of felony crimes in superior court. This included being lead counsel or co-counsel on over a dozen jury trials charging serious crimes, including homicide, robbery, aggravated assault, illegal use of firearms, narcotics distribution, and resisting arrest. Juries returned guilty verdicts in a number of these cases and the successful outcomes appeared in multiple news outlets, including the New Jersey Star-Ledger. Mr. Carter also engaged in extensive written and oral motion practice and managed all facets of cases, including grand jury presentations, indictments, plea negotiations, discovery, arraignments, status conferences, bail hearings, pretrial conferences, sentencing, appeals and post-conviction matters.

Mr. Carter previously worked at the Firm as a law clerk, paralegal and a legal assistant.

Mr. Carter graduated with a Juris Doctor from Boston College Law School in 2011, where he won the National Immigration Law Moot Court Competition.

He graduated with a Bachelor of Arts in Journalism from the New York University College of Arts and Science in 2006, where he had his writing published in outlets across the country.

Mr. Carter is admitted to practice law in the states of New Jersey, New York, Connecticut, and in the Southern District of New York. He focuses on antitrust class action cases. 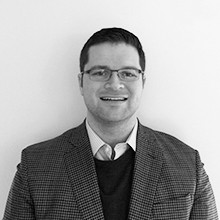