Has an “AV” rating from Martindale-Hubbell;

Has been litigating antitrust cases since the Uranium Antitrust Litigation (N.D.Ill.) in 1979;

Made the successful oral argument in the Southern District of New York in opposition to the motion to dismiss in the Sumitomo Copper Litigation, 995 F. Supp. 451 (S.D.N.Y. 1998) commodity manipulation class action;

Made the successful oral argument in the Second Circuit Court of Appeals in Grandon v. Merrill Lynch, 147 F.3d 184 (2d Cir. 1998), resulting in the appellate reversal of an order dismissing a securities fraud class action complaint and holding for the first time that the “shingle theory” applied to municipal bond transactions;

Is a member of the board of trustees of the Mianus River Gorge, Inc., a not-for-profit land conservation and education organization. 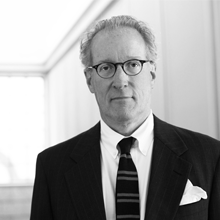