Chris graduated from New York University School of Law in 1976, receiving the Vanderbilt Award, and worked at a Wall Street law firm successfully defending antitrust and Commodity Exchange Act (“CEA”) claims in private and government actions between 1977 and 1980, including a successful defense at trial of charges of manipulation in violation of the Commodity Exchange Act. In re Harold Colpns, et al., CFTC No. 77-15, 1984 WL 48079 (CFTC Feb. 3, 1984).

Chris started the Firm in 1980 when there were Court rulings holding that antitrust claims were unavailable in the commodity futures markets and that there were no implied or other claims for manipulation under the CEA.  Chris has been privileged to be selected to try more than sixty (60) cases, make oral argument in the U.S. Supreme Court and eight different federal circuit courts of appeal, and serve as lead or co-lead class action counsel in more than fifty actions.

Chris was privileged to be the first plaintiffs´ lawyer to try successfully antitrust price fixing and manipulation claims in the U.S. District Court for the Southern District of New York.  Chris prepared the briefs for the Firm´s successful argument in the U.S. Supreme Court that a private right of action for manipulation should be implied under the Commodity Exchange Act. Merrill Lynch, Pierce, Fenner & Smith, Inc. v. Curran, 456 U.S. 353 (1982)

In 1982, after a 97th Congress Subcommittee requested that the Firm testify concerning the proposed express private right of action under the Commodity Exchange Act, which ultimately became Section 22 of the CEA (under which all CEA private actions are now brought), prepared a statement for a Firm partner to submit to the Subcommittee On Oversight And Investigations of The Committee On Energy And Commerce (dated June 7, 1982).  Chris successfully argued in the Second Circuit Court of Appeals to uphold a jury verdict on an antitrust price-fixing claim and establish that antitrust claims were not preempted by the Commodity Exchange Act.

Chris has been Co-Lead Counsel in In re NASDAQ Market-Makers Antitrust Litigation, M.D.L. No. 123 (U.S.D.C. S.D.N.Y.) ($1,027,000,000 settlement, which was the largest antitrust class action settlement (to that time) in the history of the antitrust laws, and provided claiming class members 100¢ on each dollar of injury);Lead Counsel and Chairman of Executive Committee in several different class actions consolidated in In re Sumitomo Copper Litigation, 96 Civ. 4584 (MP) ($149,350,000 settlement, which was then and still is the largest settlement in the history of the Commodity Exchange Act, and provided timely claiming class members, after all costs and attorneys´ fees had been deducted, with in excess of 100¢ on each dollar of loss or injury);Co-Lead Counsel in Blatt v. Merrill Lynch Fenner & Smith Incorporated, et al., 94 Civ. 2348 (JAG) ($76.5 million settlement, which was the largest settlement in the history of the Investment Company Act, and provided claiming class members, after all attorneys´ fees and costs had been paid, with a positive return on their investment (exclusive of prejudgment interest)); Lead Counsel in Kohen v. Pacific Investment Management Co., LLC, 05 C 4681 (N.D.Ill.) ($118,750,000 settlement was the second largest in the history of the CEA, and provided claiming class members with 45¢ on each dollar of loss or impact); Co-Lead Counsel in Precision Associates, Inc. et al., v. Panalpina World Transport (Holding) LTD. et al, 08-cv-0042 (E.D.N.Y.) ($134,000,000 in settlements so far); Sole Class Counsel in Leider v. Ralfe, No. 01 Civ. 3137 (total settlements were $290,000,000); Co-Lead Counsel in In Re IPO Securities (exchange based manipulation claim settled for $570,000,000); Co-Lead Counsel in In re Auction Houses Antitrust Litig., No. 00 Civ. 0648 (LAK) (S.D.N.Y.) ($512,000,000 in settlements); and Co-Lead Counsel in In re Microsoft Litigation, M.D.L. No. 1332 (U.S.D.C. Dist. Md.) (nationally consolidated class actions alleging long term unlawful maintenance of a monopoly and other anticompetitive conduct by Microsoft; twice selected to argue in Fourth Circuit of Appeals re antitrust issues, including direct purchaser issues);

Chris is an Advisory Board Member of the Center on Civil Justice at New York University Law School, and a member of the Justice Circle of the Aspen Institute Justice & Society Program, and other charitable organizations. 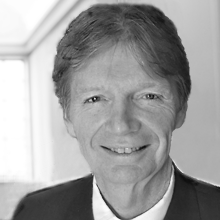